Interview, Faydee is an Australian singer, songwriter and producer. 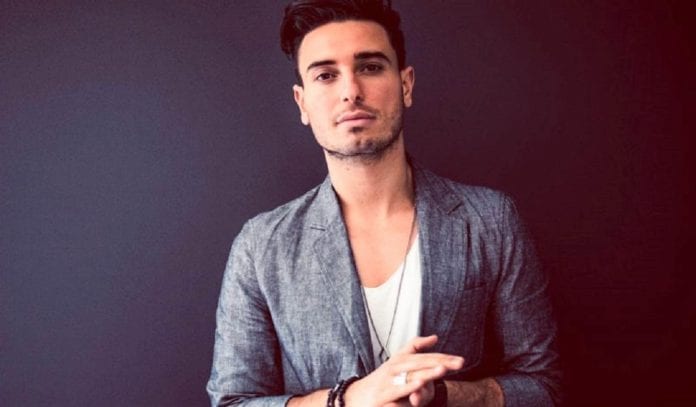 O Faydee, (Fady Fatrouni) is an Australian singer, songwriter and producer. At the age of thirteen, he started writing and recording songs alone, and at the age of nineteen he was discovered by Ronnie Diamond, the owner of Buckle Up Entertainment. His first international success was in 2013, with the song, “Laugh Till You Cry”. Most of his songs, such as “Can’t let go”, “Maria”, “Who” and “I need your love” (he co-operated with Mohobi, Shaggy and Costi), found international success.

He was born in 2/2/1987 It is evident that the last two years he has been dearly beloved by music fans as his single “Can’t Let Go“ has over 80 million views and many sales. Also, many radios, especially in our country, which he visits when he has the opportunity, play his songs.

The Interview Of Faydee In Young People.

These days it’s an early start to the airport, and off to my next destination, and repeat, while working on my next records while I’m on the road with my producer over the phone or skype. And whenever I get a day off from touring, a typical day for me would be breakfast, then studio, then gym, then studio and not sure when I remember to eat or sleep again.

Can you describe Faydee in 3 words?

We know that your interest in music began through your cousins and that in the age of thirteen you started writing and recording songs. What were your feelings in your first full song?

I remember i was around 19 when i received a copy of my first original record it was called “choice”, and I felt a feeling of great achievement, Like I did what I put my mind towards! I couldn’t believe it, I thought this was was going to be the big hit for me, However my mum didn’t think so, she was so brutally honest, she was like “I don’t like it” and I was crushed but that’s what I love about her is that I could always rely on an honest answer from her to push me to be the best.

Someone once said “write what you would want to perform over and over”. With that in mind, what song do you love to perform the most?

One of my favourite songs I love to perform is I need your love, unbreakable and Can’t let go.

Υou became immediately widely – known from the beginning of your career and your songs are listed among the most popular songs. Is there a secret to success?

I think it appears that way, but it took me a solid 7 years of hard work, rejection and determination that kept me going. Also I really believed in myself, especially when others didn’t. One thing ive learned is that you should try to listen to your gut, it usually leads you the right way.

Your latest song is ”Lullaby”. Tell us about it.

Well it was a song I wrote while I was on the road over a year ago, and when I heard the first melodies of the record, the word lullaby just sang so beautifully on the record. I was missing a certain someone in my life because I was away so much. It turned out to be a really romantic song over a beat that made me feel summer which I loved.

How would you describe your work style?

I get very inspired when at the gym, as soon as a concept or a clever line comes to mind I write it down before I forget it. I determine what kind of song I will be writing by the musical piece I create in the studio with the producer. Sometimes I will start playing on the keyboard and create an initial simple melody that gives me freedom to write what I feel. And then my producer will come in and we will take the musical production to another level. This was how Can’t let go was created.

For those who have never seen your live shows, what can they expect to see at your live performances?

Fun and alot of energy! I sing from an honest place and I love to dance and interact with my fans.

You are an ambassador in the Bully Zero Australia Foundation, which deals with bulling and the ways to help and support the victims in Australia. How important is to help these people all over the world and offer them a better life?

I can’t stress how important it is for artists with a platform like myself to use it to help change people’s lives. When I wrote unbreakable, it was after I received many messages from fans telling me they were being bullied and didn’t know what to do or who to turn to. I understood where they were coming from, and knew it was the right time to create and record a song they could turn to and I began touring schools in Australia and helped spread awareness and my experiences of Anti Bullying and hear theirs.

What are your immediate music career goals in the next years?

To continue to break into new territories and create the music my fans love. I have new collaborations in the works, Faydee Merchandise will be out soon and my first EP since 2013 will be out soon!

What personal advice would you give to someone wanting to pursue this career?

It can be a long and really difficult journey, but if it’s something you really love to do, you need to forever beleive in yourself, work hard and build the right team around you.

We had the opportunity to get in touch with Faydee and learn many things about him through his interview to Gianna. He is one of the most popular artists today and he claims high positions on the charts of many countries. It is worth mentioning that his single “Can’t Let Go” was found at high positions on the billboard chart. Visit the official site for more information about him, http://www.faydee.com/

Any cookies that may not be particularly necessary for the website to function and is used specifically to collect user personal data via analytics, ads, other embedded contents are termed as non-necessary cookies. It is mandatory to procure user consent prior to running these cookies on your website.