Nea, the successful composer and singer with almost 2 billions streams on Spotify.

"If you have a dream, you should just go for it" 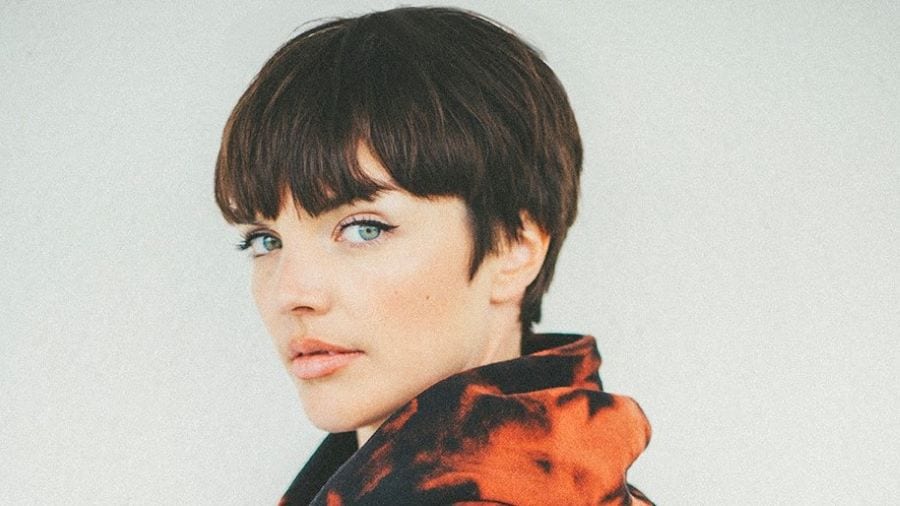 Nea is a Swedish singer and songwriter with almost 2 billion streams on Spotify. As a songwriter, Nea has written songs for artists like Zara Larsson, Axwell, Tinie Tempah and others. She started her career in 2014 and in 2019 she realised her debut song “Some Say”. On December 2019, Nea was placed number one as a singer and number three as a songwriter on Svensktoppen with the songs “Some Say” and “Fira jul med mig”.

In her interview, she tells us about her first song “Some Say” which, as she admits, although she had high hopes for it, she could not imagine that it would have such a great impact. However, her great success had already started when she started composing songs for well-known artists, even from a young age. As she grew up, she considered it a natural part of her life. She has recently released her new song “Don’t deserve this” in cooperation with Sandro Cavazza.

You are a successful songwriter and now also a singer. What was the role of music in your life at your early age?

I grew up in a small town in Sweden, and though my family had no connection to the music business what so ever – we’ve always sung and played music at home and in the car when going to places. I’ve been singing and writing little songs for as long as I can remember, I still know some of the songs I wrote when i was about 6 years old so it feels like music and songwriting has just always been a very natural part of my life. It took me long to find the way into the music industry though but that’s a different story!

Observing your course from your first composition, until now, how would you describe the evolution of your creativity?

Omg… Like I mentioned, even as a child I was constantly writing little songs. So the evolution has been long and big (i hope haha). I’ve had eras of different genres and as a teenager the songs I wrote were a lot more left field and indie/jazz-inspired. Right now I just love writing pop songs but I always try to find that little quirk to it.

You have stated that by writing songs for other artists, you found the meaning of your life. What does inspire you in another artists in order to entrust them your songs?

If i write songs with the artist in the room I wanna try to understand what they’re going through at the moment and what topics and music styles that lay close to their hearts right now. If the song is written beforehand it’s a lot about the vocals and if the artist can deliver the right vibe to the song. I’ve been lucky enough to work with some AMAZING artists though so it’s normally not a problem 🙂

Me and some friends wrote ‘Don’t Deserve This’ in Berlin and i loved it from start. When we started brainstorming about who would be the perfect male voice for the song i instantly wanted to ask Sandro. We’re music colleagues and had been written music together before, and i just love his voice and vibe. I’m so happy he wanted to sing it with me.

Your first song “Some Say” became a hit in many countries. What do you think that it can make a song special so that it can be successful worldwide?

Yes, the story of ‘Some say’ is pretty crazy. As you say it was my first release as an artist and though I had high hopes for it, I could never imagine it would grow THIS big.

Obviously the chorus melody is from Eiffel 65’s big hit song “I’m Blue da ba bee” that was huge in the 90’s, and I’m sure that factor of recognition makes a big difference when you hear it the first time.

I also think a lot of people can recognize themselves in the lyrics and the feeling of hopeless love that the song is about.

Your songs have surpassed one billion streams on Spotify. What are your feelings as a creator for this huge success?

Actually it’s closing up on 2 billions streams now. 1,8 to be exact. It’s crazy when I think about it but most of the time I don’t haha. I just focus on writing new songs and doing what i love – trying to write music that touches people.

How would you like your role as an artist to influence your audience?

I wanna do good in this life and if I can inspire people to do the same I really wanna try to do that. I realize i’m starting to gain a platform and I could probably make even better use of it.

What is the most memorable and exciting thing you have ever seen in your industry?

I think for me personally it was when I performed and won a price at the Spanish music award show los 40 half a year ago. Sooooo many things has gotten cancelled the last year due to corona but this performance actually happened and to be nominated in 2 prizes (winning one) was a big deal for me.

How do you see yourself in the next few years at the music industry?

Really just continue to do what I do! I wanna write music that hopefully means something to the listener and that they wanna have on repeat in their headphones 🙂 As the world slowly opens up I will get to do more live shows too!

What message would you like to send through Young people.gr

Just do you thing. Really it sounds like a cliche but I think that if you have a dream you should just go for it and eventually you will find you place and a way to make it happen.

For the interview of singer of Nea the following people have been collaborated: In the editing part the team of expression and implementation In the compilation of questions Ioanna Kariori. Special thanks to Nea for the interview.

- They Told us Through Their Interviews

They Said to the Young People.GR